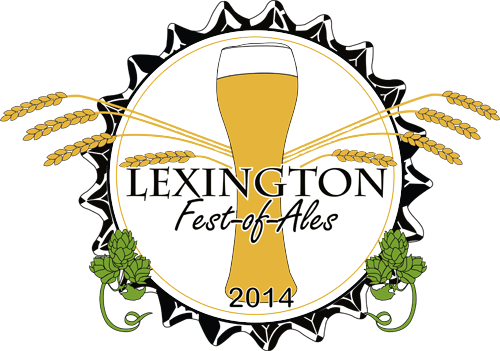 Lexington, KY - On the heels of a successful second year of Lexington Craft Beer Week, LexBeerScene.com, in conjunction with the Downtown Lexington Corp, is proud to announce the return of Lexington's premiere beer festival, the 6th Annual Lexington Fest of Ales!

Nearly 200 beers and 70 breweries are featured each year and a spotlight feature of the Fest of Ales is timed tappings throughout the evening of some of the more rare beer available to the Lexington area.  The festival will also feature a special area for the breweries that are members of the Kentucky Guild of Brewers, and it's a great opportunity to meet the people who actually make and represent the beer you love.  Many reps and brewers from your favorite breweries will be in attendance to discuss all things beer.

The event is held on August 29 from 5:30-8:30pm in the 5/3 Pavilion in Cheapside Park in downtown Lexington, rain or shine.  Only 1500 tickets are available, are pre-sale only, and sell out early.  Tickets go on-sale August 1st at Liquor Barn locations, Pazzo's, The Beer Trappe, and at the Downtown Lexington Corp booth at Thursday Night Live.

An official afterparty is held at Pazzo's Pizza Pub immediately following the event.

The Lexington Fest of Ales is made possible in part by the sponsorships from BB&T, The Beer Trappe, Downtown Lexington Corporation, Kentucky Ale, LexBeerScene.com, Liquor Barn, Pazzo's, The Village Idiot, and Z-Rock103.