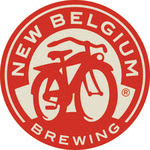 Ft. Collins, Colo., - August 1, 2014 - New Belgium Brewing has signed contracts with 10 Wholesalers in the state of Kentucky and is slated to open that market once its second brewery in Asheville, NC, comes online in late 2015. Earlier plans had New Belgium opening Kentucky and Hawaii in 2014 but robust sales and capacity constraints have pushed plans back until new capacity is complete. New Belgium's KY network is as follows:

"We've been starting the distributor selection process earlier than in the past," said New Belgium Brewing's Sales Co-Pilot, Brian Krueger.  "This allows us plenty of time for planning so that we can really hit the ground running when we open these new territories. Kentucky has been on the horizon for a while now so we're excited to be moving on to the next stage."

ABOUT NEW BELGIUM BREWING
New Belgium Brewing, makers of Fat Tire Amber Ale and a host of Belgian-inspired beers, is recognized as one of Outside Magazine's Best Places to Work and one of the Wall Street Journal's Best Small Businesses. The 100% employee-owned brewery is a Platinum-level Bicycle Friendly Business as designated by the League of American Bicyclists, and one of World Blu's most democratic U.S. businesses, and a Certified B Corp. In addition to Fat Tire, New Belgium brews nine year-round beers; Ranger IPA, Rampant Imperial IPA, Snapshot Wheat, Shift Pale Lager, Sunshine Wheat, 1554 Black Lager, Blue Paddle Pilsener, Abbey Belgian Ale and Trippel. Learn more at www.newbelgium.com.