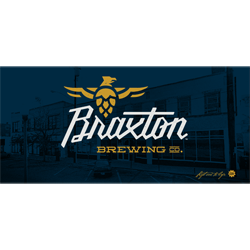 Covington, KY, October 30, 2014 - Braxton Brewing Company has set a Kickstarter record, becoming the most funded brewery project on the platform and raising $71,885 through 654 people. The campaign, targeted at raising $30,000 to fund the "Taproom of the Future," hit their goal in just 34 hours, and surpassed previous record holders Tributary Brewing ($65,565) and Modern Times Brewing ($65,471). "We're beyond excited and humbled at the support from both the Greater Cincinnati and Kickstarter communities," said Jake Rouse, Co-founder and CEO. "We never imagined the campaign to go so well, and can't wait to share the space with everyone."

"More than doubling our goal allows us to further advance our vision of the Taproom of the Future by focusing on a mobile application unlike any other in the industry" Rouse says. "To achieve this level of support just shows how excited Greater Cincinnati is for what's happening in craft beer. Its an honor to be able to play a role in this community."

Braxton Builders, the campaign's exclusive membership welcomes 375+ members with a passion for helping build the brewery together. Amongst other things, they'll provide input on key decisions, and receive a limited edition Braxton Art Print created by renowned artist Keith Neltner. Each print will be hand-signed and numbered by Neltner and will include signatures of the entire Braxton Founding Team. The campaign concludes with over 600 backers, 80% within the Greater Cincinnati area, the remaining from across the globe with one backer as far away as Tokyo!

During the campaign, the video was viewed over 2,500 times! The brewery plans to launch this winter - future announcements on website launch,
opening day beers, and official opening date coming soon!