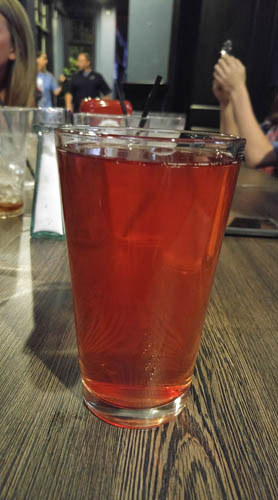 When the establishment's beer list has one bottle you haven't tried, you order that. When they're out of that, you order the only only draft offering that you've never tried. This is pretty bland on the nose, reminding me of some sort of fruity Monster Energy drink. On the tongue it is a carbonated cherry-apple Jolly Rancher. Whereas this used to be listed as a full-fledged cider, it's now called a rosé ale. Either way, it's tolerable, but not one I'd order again. Might be a good start for some sort of beer cocktail.