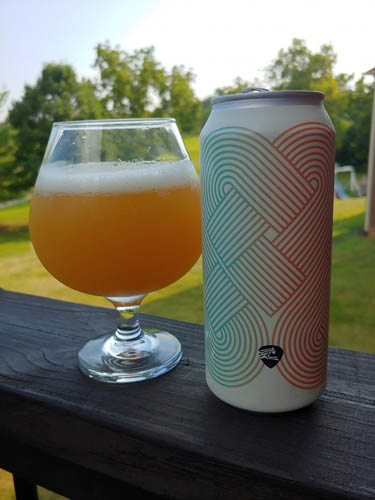 Grapefruit, melon, mango, and some light guava on the nose, warming to feature a touch of evergreen. Nice and juicy as the taste follows the aroma well. Still mostly grapefruit, but also hints of pineapple along with the aforementioned melon and guava. Doesn't have the sweeter malt backbone that so many NEIPAs do, instead coming off a touch lighter and easier to drink. Low overall bitterness. Really nice brew.