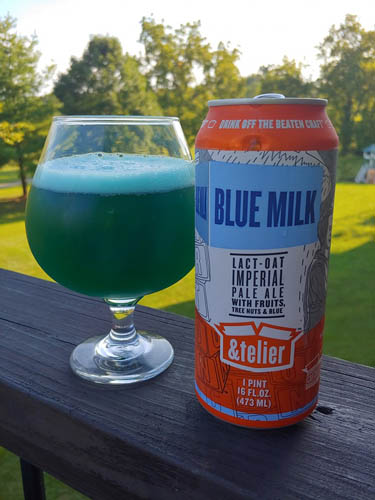 Obviously it looks weird. It also smells and tastes weird. Not bad, just a little odd. Mostly pineapple, lime, and coconut on the nose. Seems a bit disjointed on the tongue with nothing really taking charge outside of the coconut. Unfortunate really, because I was hoping the passion fruit and lactose would create a bit more of a milkshake effect. The label claims watermelon as an ingredient, which I don't pick up at all, thankfully. Not bad overall, just up there on the "weird" scale.