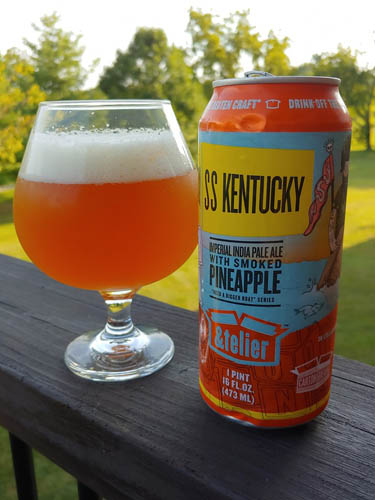 Hints of grain and syrupy sweet pineapple on the nose, both of which get a little overpowered by the smoke aspect. Just a really odd flavor profile, as pineapple and tropical fruits really try to give this a juicy, traditional feel, but in the end, the smoke is just a bit much. Missed out on this the first time they brewed it in 2015, so I'm thankful that Samuel Tolliver helped me try it this time around...but I don't think I'll seek it out again.