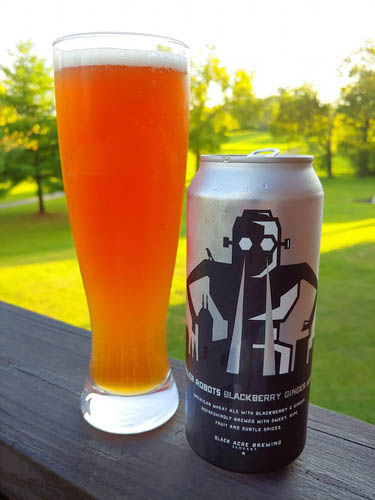 Ginger is a polarizing ingredient...it's love or hate for most people. I happen to like it, so I usually try most any beer that I see using it. It's definitely prevalent on the nose, joined by a dusty wheat, and a subtle, generic sort of fruit aroma. On the tongue, the ginger combines with a pepper note to produce a saison-like flavor. Blackberry steps up a bit, but not as much as I would like. This isn't bad, but it's basically ginger as a one trick pony.