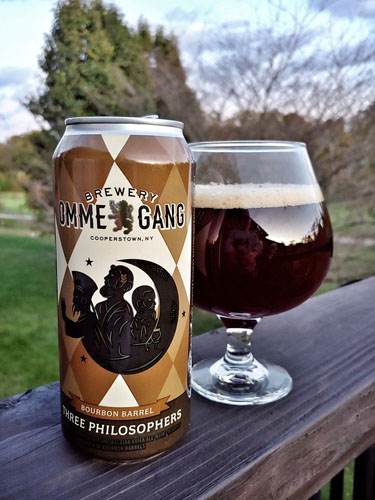 The nose is struck by an immediate, nearly artificial cherry note atop hints of raisin, oak, and a light bourbon. Much the same on the tongue as many of the base quad's nuances seem to be lost beneath the cherry, which is borderline cough syrup in nature. Improves slightly with warmth, allowing some caramel, grape, vanilla, and nuttiness to come through. Not enough bourbon influence and overall a bit thin and watered down.