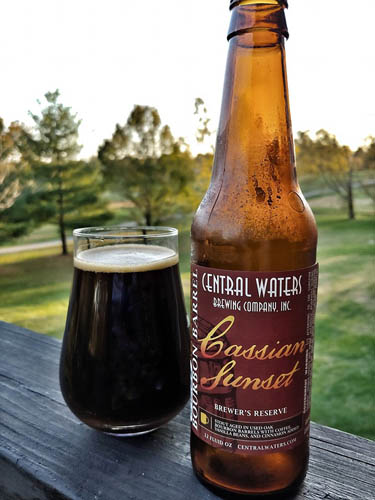 Really nice aroma on this one as roasted malts, baker's chocolate, coffee, oak, bourbon, and vanilla seem to assault the nose in waves. The cinnamon is subtle, but it steps up a notch on the tongue, blending beautifully with coffee bean and chocolate. The bourbon note builds, accentuating the oak and vanilla, while hints of caramel and toffee add a little sweetness. If this had just a touch more thickness, it would be world class. Still pretty awesome as-is.