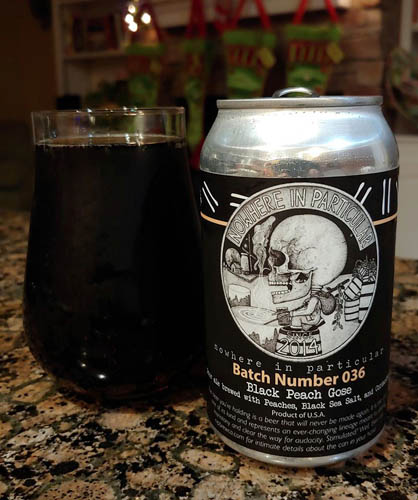 Very muted nose that has vague notes of peach skin and an odd, cola-like component that doesn't lend itself favorably to a gose. The cola part of the aroma seems to transition to a soured tea of some sort on the tongue, along with a bit of tart peach. The salinity finally kicks in alongside the coriander toward the finish, but it's too little, too late. Not a great beer.