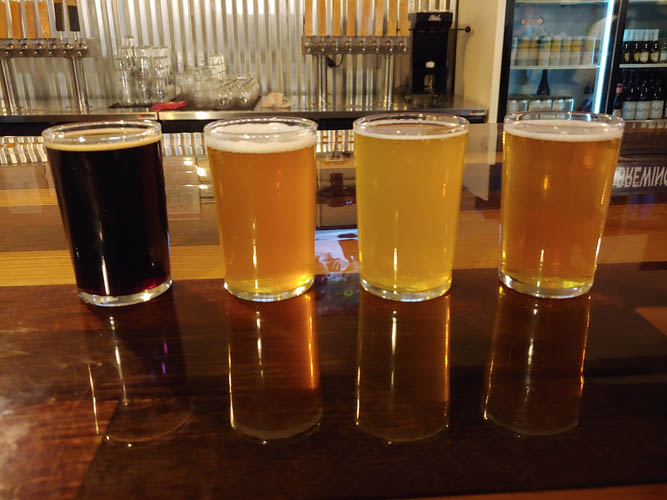 Got to run over and partake in some of the Maiden City anniversary festivities tonight and had a great time! Enjoyed a flight of (L to R): Mussels From Brussels (Belgian Strong ale), Bluegrass Bitter IPA, Eastbrook Gose, and Augusta Pale Ale. All were solid, but I thought the Bluegrass Bitter stood out. Really nice citrus notes in both the aroma and taste. Juicy orange and light grapefruit without being overly bitter. Walks a nice line between more traditional IPAs and the softer New England IPAs. Many thanks to Alex, Austin, and the entire Maiden City crew for their hospitality.