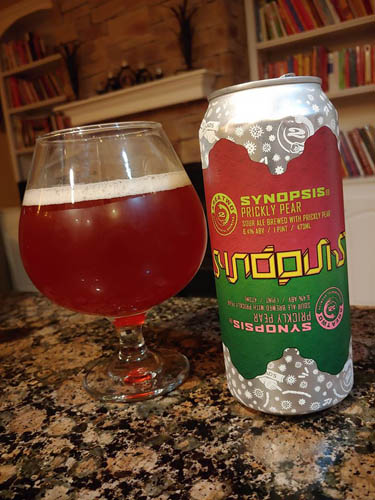 So this doesn't have a lot going on in the aroma. Mainly some vague, berry-like fruit, with hints of lemon. Warmth allows a bit of Brett funk to emerge. Moderately sour on the tongue, with green apple, lemon, and something akin to raspberry/blackberry. Does it taste like prickly pear? Much like the handful of other prickly pear beers I've had...who knows? Takes on a dusty, earthy note as it warms. Not bad, but doesn't have any one characteristic that's developed enough to take it to the next level.