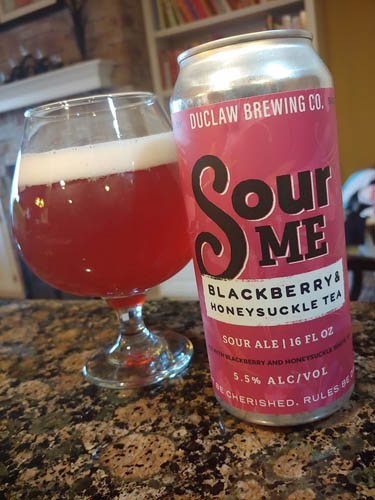 Nose presents with lime and an overall generic tart berry aroma. Warmth does allow for a bit of earthy tea leaves, but it could be the power of suggestion as much as reality. Gets a little sideways for me in the taste department. I have described many beers as having a "Sweetart" component. I now realize that I may have been off-base previously...this just screams crushed Sweetart/Kool-Aid packet. On the surface, that sounds good, but it just comes off really weird. Never really get what I would label as blackberry. Just an odd, carbonated tart juice. Not very good at all. I need to do a little shopping, because the last few days have been forgettable.