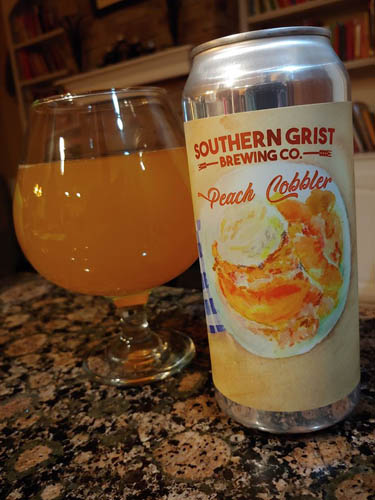 Aroma does a pretty good job of emulating its namesake dessert as tart peaches dominate the early going. Slight elevation in temperature brings out subtle vanilla and cinnamon. Leans more sour than sweet on the tongue, which surprised me given the vanilla and lactose additions. Those elements are there, but they add some nice depth rather than making things too sweet. Enough of a malt backbone to suggest a crust, but it's subtle as well. Very deft hand with the cinnamon, enhancing the perception of baked goods. Ultimately, this is all about the peach, and that's a good thing.