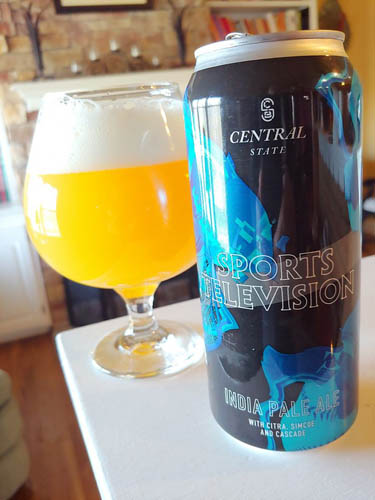 Pretty traditional nose of pineapple, tangerine, and cut grasses atop a mild honey malt. Still plenty juicy on the tongue, with the pineapple taking on a bit more of a candied tone, which is amplified a touch by the sweeter malt backbone. Hints of grass and herb, but ultimately remains malty. Probably the best beer I've had from Central State, but one that keeps me asking myself, "Why do I continue to buy beers from Central State?"