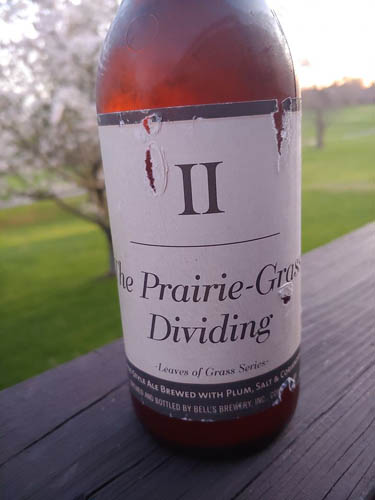 Inevitably, some beers get shuffled around in my fridge, pushed farther back with each release of a newer, shinier beer. So I found this one and decided to open it, fully expecting to pour it out. Surprisingly, this is still a solid gose-style beer. Mostly coriander and salt on the nose, not giving much hint of plum until you begin to drink it. At that point, the fruit is at first tart, giving way to the faintest touch of plum sweetness. Finishes up with a modestly sour kick and plenty of salinity. Leans more traditional than most beers labeled as goses these days, ans that's not necessarily a bad thing. Probably would have been better several months ago, but that's no fault of the beer.