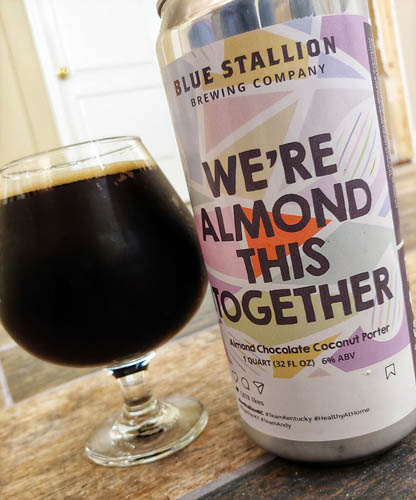 Almond, chocolate, and coconut? You're speaking my language. Almond can get very artificial and very overpowering in a hurry. Luckily, that doesn't seem to be the case here. Plenty of chocolate and an almond that leans more toward the shell. Early on, I don't get as much coconut as I was expecting, although it does seem to increase a bit with warmth. I was anticipating this to be much sweeter, but I think the chocolate has enough of a cocoa powder element to keep that in check, especially when coupled with the roasty porter malts. Very faint toasted coconut, but I think it could stand to be ramped up somewhat. At any rate, I've said it many times...Lexington makes really, really good beer, so when I have to dig for a criticism, you know it's still a very solid brew. And this one is exactly that.