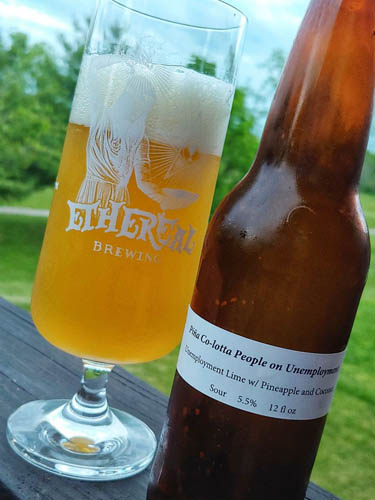 Just when I think they can't possibly make a better variant of the Unemployment Lime sour...this comes along. No mistaking the lime that still weighs heavy on the nose, but it's joined by a solid coconut note that steers this into tropical territory. The lime remains tart on the tongue, but it is toned down a bit by the sweetness of the coconut and a late-arriving pineapple juice. Remains pretty sour all the way through. I think I like this even more than the strawberry version. This entire series of lime sours has been nothing short of spectacular.