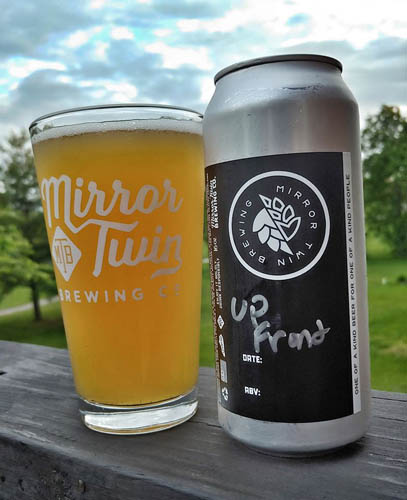 When I first saw this beer on the MTB Facebook page, I had my doubts. I could see the juicy, slightly hoppy Amarillo Monster base responding well to the addition of pears...but cinnamon?? I just didn't think it would work. Turns out I should stop thinking and just trust the folks that know what they are doing. Nose is pretty subtle, but letting it warm a bit does bring out a slightly sweet pear and a suggestion of cinnamon. It's really not until this hits the taste buds that the ingredients start to shine. The lightly pithy fruit of the base beer is certainly there initially, but it doesn't take long for the pear to show up, bringing with it a more noticeable sweetness. Cinnamon starts out just a bit stronger than I was wanting, but is quickly subdued by the pear and subsequently fades to a much more subtle attribute. Comes off very light and creamy when I was expecting overly sweet and cloying. I still don't really understand how or why this combo works, but it does. Nicely done.