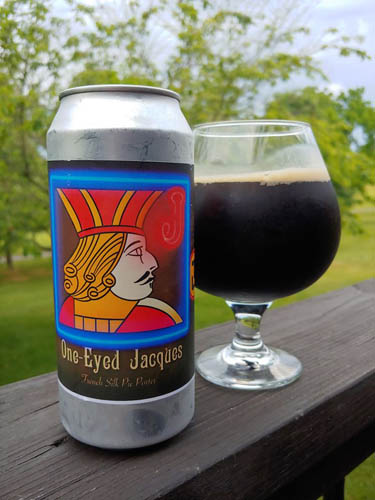 Cocoa powder and toasted bread crust on the nose, with a sweeter chocolate building as it warms. Very light cinnamon as well. On the tongue, chocolate is sweeter initially than the nose would suggest, with roastier malts coming along the middle. Cinnamon and pie crust note is present throughout. Doesn't have quite the depth that some of the other RH pie beers have, but still a pretty tasty brew.