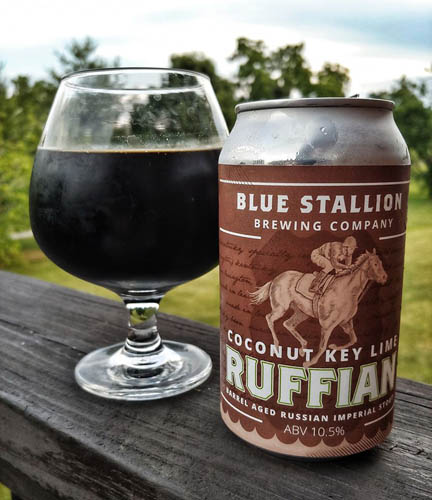 Lime just doesn't go with chocolate...or does it? A big, bold nose of chocolate and roasty malts gets an interesting tweak as the lime juice pops against an earthy backdrop. Only the faintest coconut in the aroma, however. On the tongue, the tartness of the lime initially seems to be at odds with the bitterness of the roast, but subsides a bit on the mid-palate, about the same time that I get my only hint of coconut. In a weird way, this hits me like some of the super roasty black IPAs from several years ago. But obviously the body is much thicker, and I don't know if many (any?) of those were ever fruited. I honestly don't know that I would've been able to tell that this was barrel aged, which makes me wonder if the lime just overpowers it. Stays roasty and chocolatey through the finish. I like this, mainly because it's different, but it's definitely not going to be to everyone's liking.