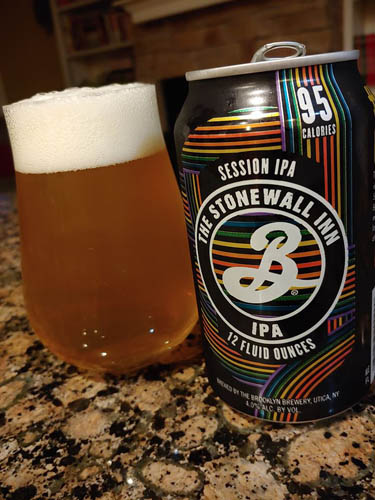 One of only a handful of times I've strayed from local/regional in the last few months, and probably the first beer I've had from Brooklyn in maybe a couple of years. This one isn't meant to be fussy or complicated, just a light drinker. Mostly lemon zest and some floral grasses on the nose. Crisp on the tongue, with lemon once again leading the way. Just a touch of grapefruit pith and a very light bread crust on a slightly dry, modestly bitter finish. Not bad at all for a light beer, but I'd sacrifice a few calories for some more flavorful choices available locally.