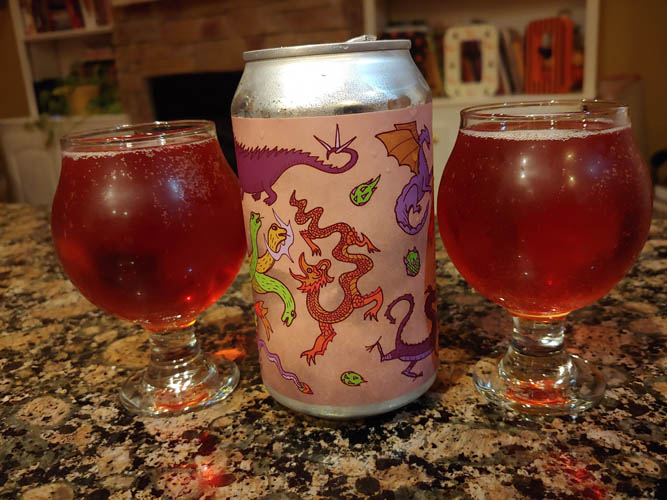 So I've had several beers that claimed dragon fruit as an ingredient, but I still don't know that I could pick it out in a blind tasting. This one has an aroma that leans to me toward cherry and pineapple. Sort of tropical punch-ish. Modestly tart on the tongue, but just kind of generically. Again, tropical punch is a decent descriptor, offering just hints of sweetness before giving way to a touch of unripened fruit, mostly cherry, that provides a little pucker. Overall, nothing really stands up and proclaims itself the star of the show. It does hide its ABV very well. This is a very good beer, but for me, it just falls a bit short of the standard Urban Artifact has set for themselves.