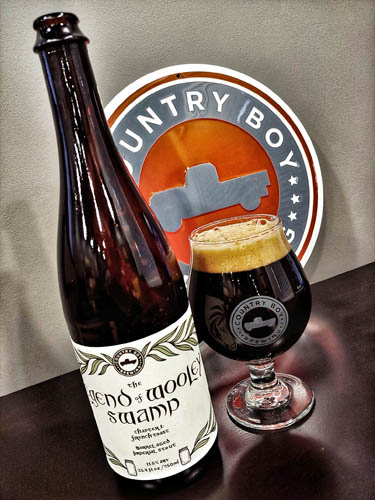 It's hard to believe that over three years have passed since this base beer made its debut on the CBB taps. It was big, bold, and a worthy vehicle to carry any number of adjuncts. This second iteration of French Toast is, in a word, stellar. Emerging from a year-long slumber in Weller bourbon barrels, the nose carries a fragrant maple syrup, with layers of caramel and dark fruits. As it warms, the barrel character begins to step up, giving off oak and a spicy bourbon note alongside a touch of malty char. Maple remains persistent, but not overbearing. On the tongue, this is much more integrated than the first version. The maple works in harmony with vanilla tinged oak and bourbon heat, perfectly balanced in the expression of each ingredient. A light cinnamon complements the dark, dessert bread malts, completing the illusion of a decadent, bourbon-soaked French Toast in a glass. The exact release date of this one is still to be determined, but it is coming very soon. And if you're a fan of big, barrel aged stouts, you don't want to miss it. Many thanks to the guys at Country Boy for allowing me this delicious preview.