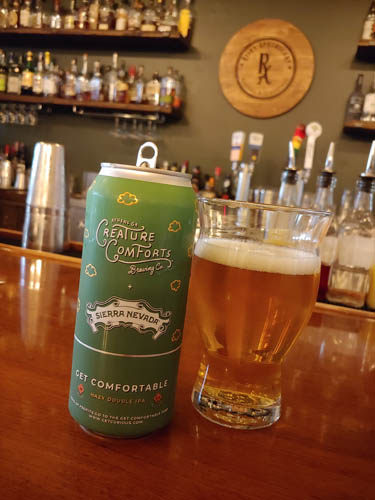 As expected given the citra hops, big orange/tangerine on the nose; grasses with warmth. On the tongue, there's an initial burst of coconut that quickly recedes in favor of mango, guava, and the aforementioned citrus. Gets just a bit herbal on the finish. As is seemingly the case with most "big breweries", their idea of hazy is different than the smaller guys, but that doesn't stop this from being a really tasty beer.